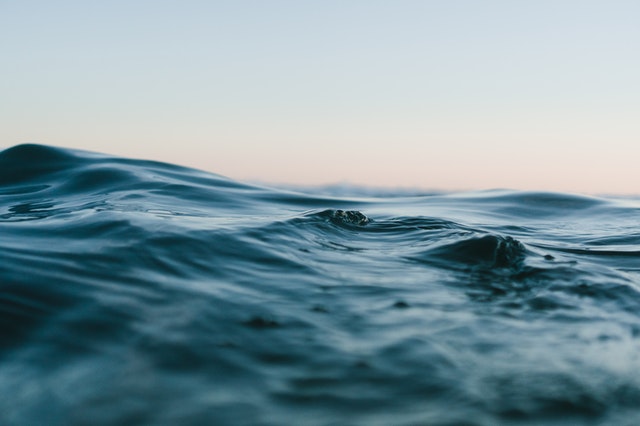 Many studies in the past have highlighted the importance of the Ionian Sea as it is a region where water masses meet and interact; see, e.g., Budillon et al. (2010), Gačić et al. (2010), Kalimeris and Kassis (2020), and references therein. In west, the Ionian Sea is connected to the Western Mediterranean via the Strait of Sicily, the Levantine Sea in South East, the Aegean Sea in East and the Adriatic Sea in North via the Otranto Strait. The southern Adriatic Sea is the traditional “engine” of the Eastern Mediterranean internal conveyor belt, which is the main and historical contributor to the deep and bottom waters of the Ionian and Levantine basins, from which the Adriatic Deep Water (ADW) exits crossing the Otranto Straits (Budillon et al., 2010).

In the framework of the EEA project BLUE-GREENWAY, ocean current conditions in the Ionian Sea have been studied for a period of ten years (2010-2019). For this, SINTEF’s hydrodynamic 3D ocean model SINMOD has been implemented in a doubly nested setup (20 km resolution for the North Atlantic, 4 km for the Mediterranean, and 800 m for the Ionian Sea), using ERA5 atmospheric input, together with information concerning freshwater influx (main rivers) and tides; see Knutsen et al (2021).

SINMOD model is a fully coupled ocean model with hydrodynamics, ecology, and sea ice, and it has been developed at SINTEF since 1987. SINMOD resolves sufficiently well the circulation dynamics of the oceans. Validation of the model has been performed throughout all these years using not only measurements of current, salinity and temperature but also data of primary production.

The analysis of results includes monthly, annual and interannual variability of fields of current speed, temprature, salinity, and wind speed at sea surface, and at a diagonal cross-section along the Ionian Sea. For currents, Mean Annual Variability (MAV) is pronounced in large areas of the Ionian Sea, especially near both coasts (>60% of the mean value), while Inter-Annual Variability (IAV) seems to be less pronounced with the largest values (>30% of the mean value) are along the Italian coast and southwest of Cephalonia island, and the lowest along the Greek coast and off the Gulf of Taranto. Concerning the monthly variability, the largest patterns (60% of the mean value) are shown in winter months (Jan, Feb and Dec) in the central Ionian Sea, and near the coasts most of the year. Lower patterns (40% of the mean value) are exhibited in the southeastern area from April until November, and in the western part from February til August. At the cross-section along the Ionian Sea, the upper part (0-500 m) is layered horizontally, while the bottom part (500-3500 m) less stratified. Largest values at the surface (20 cm/s).

For temperature, MAV and IAV are significantly lower than in current speed (MAV: highest values approximately 22% of the mean value, and IAV: 4% of the mean value). Individual years are also used for the study of IAV. The warmest part is in the south-southeast area of the Ionian Sea, and the warmest year was 2016. At the diagonal cross-section, temperature in the upper part varies from 14 to 20 C, and it is layered horizontally, while the variability in the bottom part is much less (13.75–13.9 C).

For salinity, exhibited MAV and IAV are very low (highest values approximately 0.5% of the mean value). The lowest MAV is southwest of Peloponnese, while the greatest IAV is along the coasts and in the south. At the diagonal cross-section also, salinity exhibits very low variability; being (mostly) horizontally layered, with few exceptions in the upper part.

Kalimeris A and Kassis D (2020). “Sea surface circulation variability in the Ionian-Adriatic Seas,” Progress in Oceanography, 189, 102454.