Regional Cooperation Magazine
Home News The partnership of SUPMed project has successfully provided recommendations on how to... 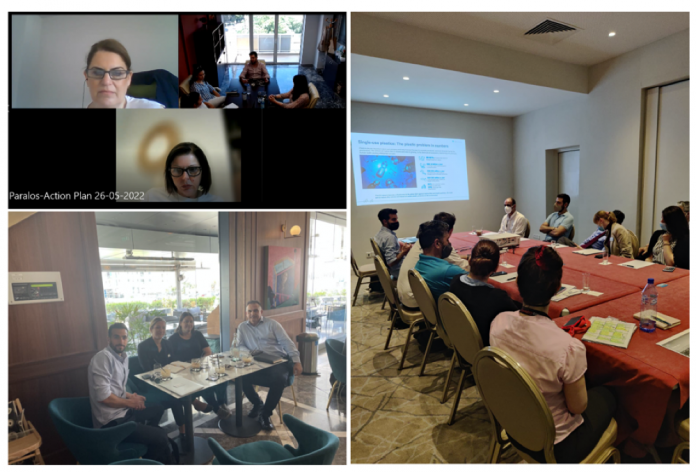 During the fall and winter of 2022, the partnership of the project titled “Reducing the Consumption and Disposal of Single-use Plastics in the Tourism Industry in Cyprus, Greece and Malta”, also known as “SUPMed” worked closely with the pilot sample of tourist establishments to develop bespoke action plans with recommendations on how the reduce and/or ban Single Use Plastics (SUPs).

From October to November 2021, the ten tourist establishments from Cyprus, Greece and Malta, part of the pilot sample of the project, worked closely with the partners of the project to enter real life data on SUPs being consumed on the bespoke, free web-based decision-support tool (DST) that has also been developed as part of this project. TheDST presents viable and available alternatives to the most commonly used SUPs, taking into consideration cost analysis and environmental impacts of each alternative across its life-cycle. For successfully implementing the pilot period, the pilot sample has been trained by the partners on how to use the DST. In addition, during December 2021, the pilot sample had the chance to propose alternations and improvements for the DST, to ensure that the bespoke tool will ultimately assist tourist establishments to reduce and ban SUPs based on the provisions of EU Directive 2019/904 on plastics and national legislation.

Since the finalisation of the pilot period, the partners used the data available through the DST for each pilot to develop bespoke action plans. The bespoke action plans were developed aiming to present potential scenarios on how each tourist establishment can effectively replace and/or reduce SUPs and then, based on the suggested scenarios and recommend solutions based on what is feasible to be done, taking into considerations all relevant parameters, including costs and environmental impacts. Each bespoke action plan was then presented to each tourist establishment in May 2022 during on-site and online trainings. The trainings were delivered by the partners in charge: Aspon Consulting (CY), Anelixis Development Consultants S.A. (GR) and AIS Environment (MT). During the trainings, the partners and the tourist establishments agreed on the recommended actions that will be applied during the summer period of 2022.