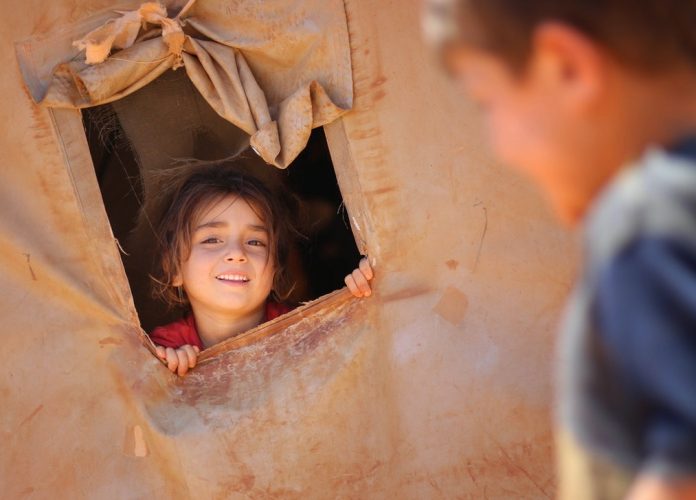 States have been granting protection to individuals and groups fleeing persecution for centuries. However, the modern refugee regime is largely the product of the second half of the twentieth century.  Modern refugee law has its origins, like international human rights law, in the aftermath of World War II as well as the refugee crises of the interwar years that preceded it. Article 14(1) of the Universal Declaration of Human Rights, adopted in 1948, guarantees the right to seek and enjoy asylum in other countries. Subsequent regional human rights instruments have elaborated on this right, guaranteeing the “right to seek and be granted asylum in a foreign territory, in accordance with the legislation of the state and international conventions.”

The Geneva Convention Related to the Status of Refugees is the main source of legal protections for refugees, and provides a specific definition of refugee, safeguards the right to seek asylum and protects against being forcibly returned to a country where one would face persecution.

The Refugee Convention contains certain rights provisions- protection from refoulement, protection against unlawful expulsion or detention, the right to employment and education, access to the courts, and freedom of movement. Based on the UN Refugee Convention, most European states have clear rules and procedures to determine who has the right to asylum. The systems may be in place, but they need to be implemented based on a European sharing of responsibilities.

Since the early seventies European Governments have been trying, with different levels of success/failure, to limit or manage immigration and refugee flows into their territories. This has been no more than a qualified success. Attempts to restrict access to asylum seekers, or curtail their rights, have resulted in a corresponding increase in the levels of illegal migration. They have also undermined states’ commitments to protect genuine refugees. Measures to restrict illegal entry have forced migrants and refugees to attempt more dangerous routes and means to enter Europe. Successive, recent tragedies in the Mediterranean and English Channel testify to the desperation of those employing the services of smuggling and trafficking networks.

Ever since the Schengen visa regime was introduced in southern Europe in 1991, which interrupted relatively free trans-Mediterranean movement, migrants and border patrollers have been involved in watch and waiting game, resulting in constant shifting and changing of maritime and overland crossing points. Instead of stopping border crossings, it created new markets for smugglers who promise to help migrants to cross borders without getting caught.

Migratory movements of people in recent years showed the complexity of European migration management. This is a constant feature of human history and has a profound impact on European society, economy and culture. Managed well, migration can contribute to growth, innovation and social dynamism. An effective system that manages and normalises migration should ensure secure external borders, respect for fundamental rights and free movement within the Schengen Area. In order to benefit from opportunities and tackle challenges, the European Commission proposed, in September 2020, the New Pact on Migration and Asylum.

This sets out the European Commission’s current approach to migration in the bloc. It addresses border management and aspires to integrate the internal and external dimensions of migration policies.  It aims to create more efficient and fair migration processes, reduce unsafe and irregular routes and promote sustainable and safe legal pathways to those in need of protection.

In her State of the Union speech to the European Parliament in September, 2021 European Commission President Ursula von der Leyen admitted that progress has been painfully slow. Events in Belarus, the English Channel and the Mediterranean bear that out. However, the President continued in a gung-ho manner: “This new pact gives us everything we need to manage the different types of situation we face. I think this is the moment now for a European migration management system. So, I urge you in this house, and in Member States, to speed up the process. I am convinced that there is a way that Europe can build trust amongst us when it comes to migration.”

The above looks well on paper and in pacts, but the evidence offered by the death count of migrants and the growth in refugee/migrant camps around Europe’s borders, offers a more realistic vista. The United Nations University did not spare its words in a damning report:

“There are no quick and simple fixes, but the least European politicians can do is to stop deceiving the public by going tough on migration, which only fans the flames of xenophobia and doesn’t provide any practical way to stop people suffering and dying at Europe’s borders.

The real crisis is therefore a political one, not one of hordes of refugees invading Europe, which is a product of conscious political fear-mongering and uncritical, sensationalist journalism. As long as politicians get away with making us believe that ‘closing borders’ will solve this problem, the problems will only get worse. The real crisis is a crisis caused by the unwillingness of European countries to get their act together and formulate a collective response by agreeing on effective responsibility sharing. Both morally and practically, this is only way to address this crisis. A second element of a more effective response is to dramatically increase support to help refugees in neighbouring countries, so that they are not forced to move on if they prefer to stay close to home.”