Regional Cooperation Magazine
Home News Train the Trainers: How to deal with propaganda media? – preparing for... 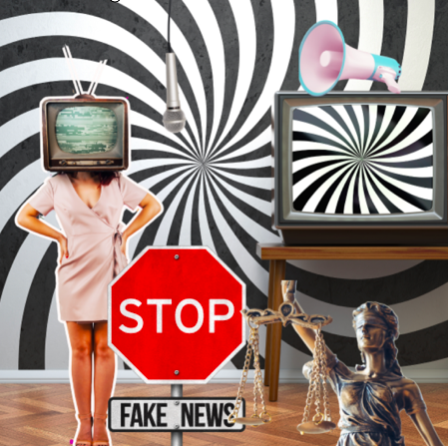 We organised a series of events called “Train the Trainers” for our project partners to get ready for the work within the Reclaim Our Civil Space! project. We wanted to be prepared when it comes to project activities (training, webinars or workshops) about how to fight shrinking civil space in your country. So we shared our know-how among partners, scanned the situation specific to each participant country, discussed the nature of assaults by propaganda media and focused on efficient media communication. Now we are one step closer to delivering you what we have learned. Events in your country are coming soon – watch out for them, and let’s build a thriving civil space together! Here is what we were at in the past couple of months:

November and December 2020 was about Train the Trainers in ROCS project, where all partners met and had a 3 days long training about communication and political participation. The training was held by Hungarian Civil Liberties Union (HCLU), a human rights NGO, also a partner in the ROCS project.

There were different aims for the communication and the political participation part of the training. 2 days of the event were focusing on media communication and communication with propaganda media. Unfortunately propaganda media is gaining ground across all participating countries. The same pattern is perceptible everywhere, for example how propaganda media is dividing the society using misinformation and fake news, as well as putting NGOs on the framing of that they are foreign agents and working for someone’s favor but their citizens. Therefore the necessity for preparation was drawn. The last day of the training was about political participation based on the experiences of partners. All NGOs participating in this project work with active citizens and communities who are trying to make a difference in their communities and neighborhoods. Based on this experience the last part of the training was about sharing knowledge and discussing the potential solutions.

The event was about training other trainers but on the way of self-experience and the method of ‘learning by doing’. It means that participants were part of a training that can be useful for themselves, also, as trainers they can reuse the agenda within their trainings through the project.

Part of the communication training there was a session about propaganda media in general, scanning what is the situation in each participant country, also, to see how affected are project partners with the issue of assault against them by propaganda media.

A major part of the communication session was about media communication, focusing on the following topics: how to prepare for a media appearance, what should be part of a media plan, what are the tricks that reporters do to make interviewee uncomfortable, how to prepare for an interview in a hostile environment. Also, there was a simulation where HCLU members were fake propagandist reporters and made a quick interview with the training participants. It helped participants to experience how they would act in such situations. In the end of the simulation a colleague of HCLU, who has years of experience of media appearance, shared his experiences on getting used to assaults and interview situations resembling the simulation.

During this session there was a discussion about the hardships and obstacles participants have with political participation training. In group work participants were figuring out different kinds of solutions for mentioned problems. The solutions can help for each partner during their work when they organise new trainings.